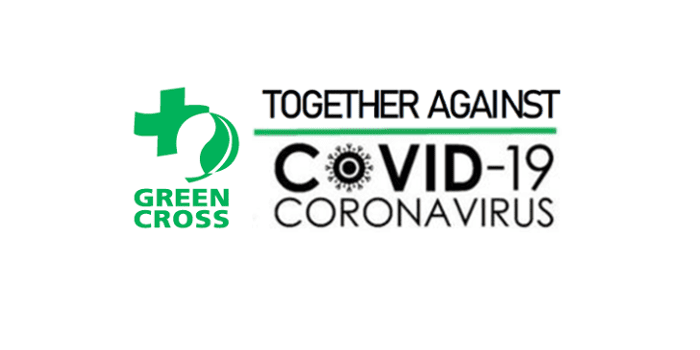 The CoVid-19 pandemic that is hitting the world today is an upheaval and a challenge to us all. And rightly so, since in order to avoid the recurrence of similar situations in the future, we will have to drastically change the way our societies function. Our ways of living must shift, as must our relationship with living things – both human and non-human – for we are all linked by a community of destinies on the planet.

Since the beginning of the 2000s, episodes of avian and swine flu or coronavirus infections (SARS in 2003, MERS in 2012, and now SARS-CoV-2 in 2019-2020) have multiplied, each time with increasingly severe consequences for humanity and for the functioning of civilisation. Our lifestyles, and the current organisation of our societies, have rendered us particularly vulnerable to these threats:

This vision, which has prevailed in governance bodies and in the structuring of public policies over the last fifty years, is not universal. In North and South America, Africa, Oceania and Asia, traditional knowledge, often associated with indigenous peoples, is structured around this holistic approach to human and ecosystem health. This has made it possible to develop a vision more strongly focussed on anticipation than on reparation, which is sorely lacking today. And this at a time when the combined efforts of medicine and the human development of our societies have made it possible to achieve – from the 19th to the 21st centuries – such progress in quality of life that we likely would not have dared to hope for 150 years ago.

The urgency is now to remedy the situation. And we express all our solidarity with the authorities, health care personnel, researchers, and all those who participate generously and selflessly in the collective effort.

The time has also come, now and in the coming weeks, to shape the first building-blocks with which to reconstruct more resilient societies, to avoid wasting essential energy trying to rebuild unstable or vulnerable systems, and to put in place, with the right degree of effort, the basic elements for a more peaceful world.

The current situation, both in France and in the rest of the world, has highlighted  numerous vulnerabilities, which we still need to clarify, formalise and resolve:

The emergency response is not sufficiently prepared, both in terms of locating strategic know-how and anticipating the challenges, requiring a real investment in territorial foresight, oriented towards resilience and action.

Our relationship with living things, whether it be animal husbandry for human consumption or the degradation of soils, is – far beyond ethical and global sustainability concerns – a key vulnerability for the human species, including for the current generation, which means that we must urgently commit ourselves to major structural change.

Pollution of all environments, particularly water, air and soil, are all factors in the spread or exacerbation of pandemics.

Our attitudes towards human health in Europe have focussed on curative medicine, and even on the administration thereof, yet Article 3 of the Treaty on the European Union insists on promoting the well-being of people – and their access to food and land – so as to make our peoples and territories safe and secure as regards these essential issues.

Until now, all these vulnerabilities were known and identified, specified by scientific sources, communicated by whistle-blowers, disseminated by the conscientious… but often not taken seriously, and not consolidated in a systemic vision which highlights risks, interdependencies, and the potential consequences of disruptions in cascade. However, we now see – including when taking an approach of continued activity, enduring systemic risks, and post-disaster remediation planning – the importance of considering these vulnerabilities in a transversal and integrated way, and the resulting disruptions, which are neither coincidental, nor theoretical.

In various countries, including in France, the occurrence of this pandemic coincided with local elections. This implies the programming and effective implementation of resilience strategies, adaptation and mitigation plans, and other mechanisms for building more resilient urban and local territories at the local level. The challenge being, quite simply, for the human species to live more serenely on this planet, during this generation, and to pass on a habitable planet to future generations.

For three years now, this message has been tirelessly repeated by the IPCC reports, during climate strikes, and in repeated speeches by the Secretary General of the United Nations… This is not a philosophical, forward-looking policy for future generations, but relates instead to a need for an action plan over the next 2-10 years, which responds to a current emergency, and must therefore be supported by facts, and prescribe a specific change of direction.

This leads us to provide the following recommendations.

We wish everyone to be able to swiftly find a more serene way of life, and encourage you to immediately implement at the territorial level, the reflections and action plans that will accelerate the ecological transformation from vulnerability to resilience, of which we all have an urgent, specific and existential need.